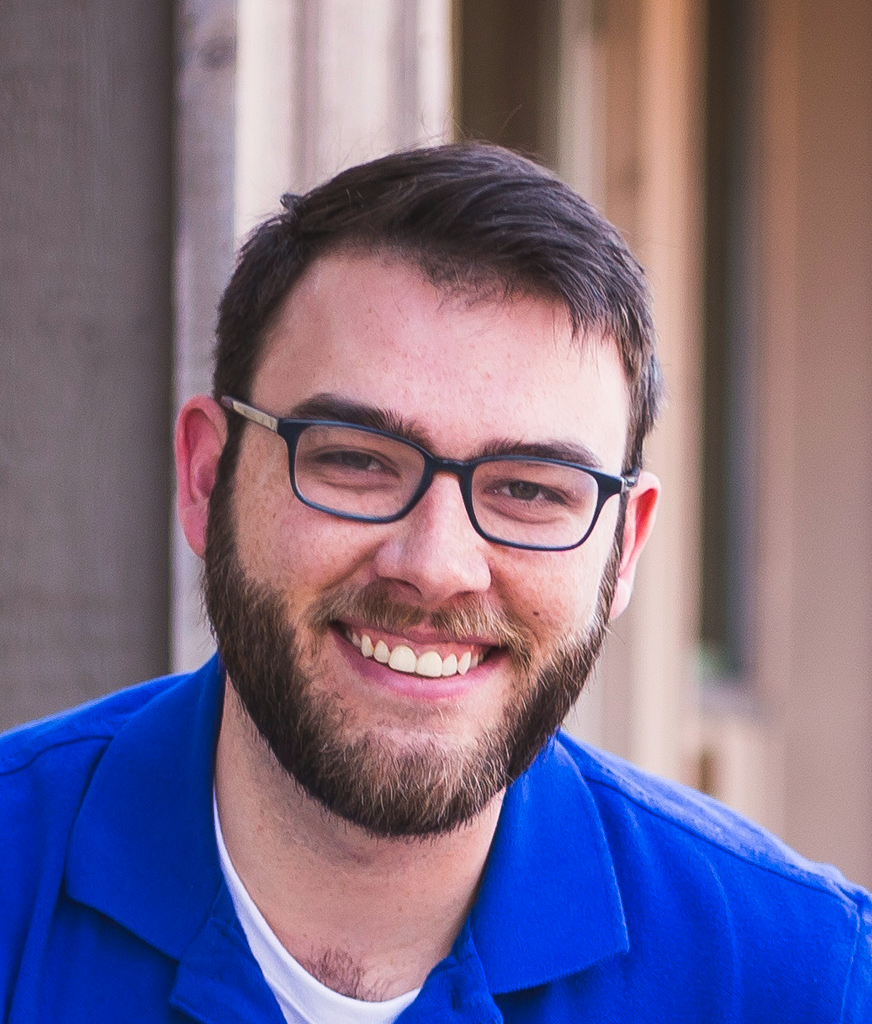 Starting in LXD 2.3 there has been quite a bit of network functionality exposed to the operator. As before 2.3 there is the default lxdbr0 bridge created when LXD is installed on the host system, but several other options exist.

First things first, let's go over the default bidge and what it gives you. Out of the box, any new containers will be attached to this bridge and the host system will be configured to NAT oubound connections using the default IP address of the host system via iptables MASQUERADE rules. IP addresses will be assigned to new containers using a built-in DHCP server using the range provided during the LXD init process. If you're looking to keep things simple, just stick with the default bridge.

If for some reason the default bridge does not suffice (e.g. the network namespaces need to be segregated, differing requirements for addressing or NAT behavior, etc), it is possible to create a new bridge. There are a few different options for configuring a bridge.

To configure the bridge by hand:

Attach to a Bridge

So now we have an LXD bridge or two; how do we use it?

Time to restart and verify the change:

This also works for IPv6 with the ipv6.address flag, but our bridge has IPv6 disabled.

There may be scenarios where there need to be security measures in place to avoid MAC address spoofing or to avoid forwarding traffic for other containers (e.g. nesting containers). The following will accomplish that:

LXD runs a DNS server on the bridge, which allows the domain to be set via the dns.domain network property, and supports 3 different modes (via dns.mode):

It's possible for the container to participate in the host's LAN as well using bridges outside the control of LXD, but at the expense of losing control of networking for the host through LXD itself. This means that things like DHCP, NAT, etc will also need to be handled external to LXD.

Let's start with the most basic option using bridgeutils. Bridgeutils creates an internal switch on the host and attaches the configured hosted containers and the configured physical interface. There are a lot of other options, but they are not explicitly germain to the topic at hand. Let's start by crating a new bridge:

You've probably already deduced that we have created a new bridge named lanbr. Let's verify that:

Nice! There aren't any physical or logical interfaces attached to the bridge yet, so it's just chillin there waiting for some friends. Let's give him a physical friend:

This adds the physical interface enp4s0f0 to the bridge. Don't believe me? See for yourself:

Now we're getting somewhere. We still don't have any containers attached though. The default profile to which the container was attached uses the lxdbr0 interface, so we will need to override that inherited bridge for the eth0 interface on the container. Let's do that now:

Awesome! So to recap, we have now created our bridge lanbr using the brctl interface to bridgeutils, added a physical interface to the bridge, then added a container to the bridge. There are a ton of other options available through bridgeutils like VLAN tagging, loop avoidance through STP, and more, but that goes way outside the scope of this discussion. Poke around and see what you can do!

Say you don't need all the fancy knobs associated with bridgeutils and just want your containers to be able to interact directly with the LAN without worry of a layer 2 loop. Enter macvlan. Macvlan creates a trivial bridge and attach subinterfaces to that bridge. Subinterfaces use the naming convention of subint@int: e.g. updog@enp3s0, where updog is an arbitrary interface name and enp3s0 is the parent interface to which the bridge is bound.

Restart the container and you'll be in business. There are a points of clarification that need to be made about macvlan to avoid pulling your hair out:

Another option to provide host bridging is openvswitch. openvswitch is a virtual switch that comes with a whole host of nerd knobs you can tweak to your heart's content. You can even go buck wild by attaching vswitches from multiple hosts to an SDN controller (read: openflow). For this sake of brevity we will stick to creating a bridge and adding our container to the bridge tagged for a specified vlan.

Here we've created a bridge called ctr-bridge and assigned host interface enp4s0f1 to the bridge. Next we've created a dummy bridge called vlan409 that is tied to the parent bridge ctr-bridge and is tagged for, you guessed it, vlan 409. By attaching enp4s0f1 to the parent bridge, it will act as a VLAN trunk as 802.1q behavior is the default in ovs vsiwtches. Any other devices also connected to the vlan409 bridge will also be tagged as vlan 409.

At this point we've configured bridging a few different ways. Let's say we have configured additional hosts and we containers on those hosts to be able to talk to each other without any bridging to the external network or NAT-ing using an LXD bridge. This is where tunelling comes into play. If you've worked with networking in any way int the past... oh, say 10 years... it's probably safe to assume you've heard of overlay networking. This is overlay networking. BUZZWORDS!

Generic Routing Encapsulation (GRE) provides a method to allow two networks to talk to each other that would not be able to otherwise. GRE takes the packet to be transmitted and wraps it inside a new header (i.e. encapsulates it) specifying the local router (in this case our local LXD host) as the source and the remote router (i.e. our remote LXD host) as the destination. When the GRE packet is received, it is decapsulated and routed as usual. This is very similar to VPNs, but it should be noted that GRE does NOT encrypt the payload like true VPNs (ipsec, openvpn, sslvpn, etc). If multiple hosts are participating via GRE, each endpoint will need to be configured on every other host.

On each host we're configuring the parameters for the other side along with the local IP address. This will allow the two hosts to understand the routing and be able to properly return the traffic.

While GRE allows two networks to communicate where end-to-end communication wouldn't otherwise be possible, VXLAN instead allows those two networks to act as a single network. This means that a container on one host could use the other host as a gateway, or containers could be moved between the hosts without needing to change their IP addresses. This is a huge win when it comes to trying to cluster LXD hosts. There are two options when it comes to VXLAN networking in LXD: unicast and multicast. Unicast is going to look a lot like the GRE configuration above - we will explicitly define each endpoint. There is also an option to use multicast. The benefit of using multicast is that it will work without specifying each individual endpoint with one major caveat: they ALL have to be on the same layer 2 network. If you have a host in one datacenter and a host in another datacenter, multicast is not going to work (unless there are some major layer 2 shenanigans going on between datacenters).

If the hosts do not have L2 connectivity between them, it is possible to create the tunnel in unicast mode.

In this example, we can configure host1 to route all of the traffic and allow containers to communicate between hosts, then configure host2 to tunnel all traffic to host1. Since this is multicast, it is dependent on L2 connectivity between the hosts.

First create the bridge on host1:

Now attach the bridge to eth0 in the default profile:

Then create the bridge on host2:

Attach the bridge to eth0 in the default profile:

Fan networking is another overly option. Without going into too much detail, a fan consists of an underlay network with a /16. The hosts in the underlay network pull IP addresss from the /16 and each provide a /24 from the same /8 network. For example, the fan may use an underlay network 172.21.0.0/15 and the overlay network 10.0.0.0/8. The hosts are assigned addresses from the /16, so lets say host1 has the address 172.21.3.15 and host2 has the address 172.21.5.20. host1 will then assign containers addresses from the range 10.3.15.0/24 and host2 will assign containers the range from 10.5.20.0/24. Notice the lower two octets of the underlay address are used as the second and third octets for the hosts range. Containers can move around to different hosts, but traffic will always route out through the original host. There's a lot to unpack when it comes to fan networking and we're only going to cover the basics, so if you're interested in learning more about fan networking, I would suggest giving the fan networking docs a read.

First we need to create the fan on our hosts:

Now that we have the fan interfaces defined we can update our default bridge to use the fans to overlay:

On each host we have created a fan bridge with 10.0.0.0/8 as the overlay network and 172.21.0.0/16 as the underlay network. This makes the asusmption that both hosts have interfaces configured with addresses from the same /16 and that they are on the same layer 2 network segment. Once the fan has been verified, the parent device for the containers eth0 can be set to the newly-created fan bridge and lower the MTU to account for encapsulation overhead (to prevent unnecessary fragmentation).